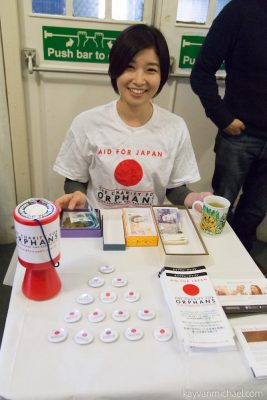 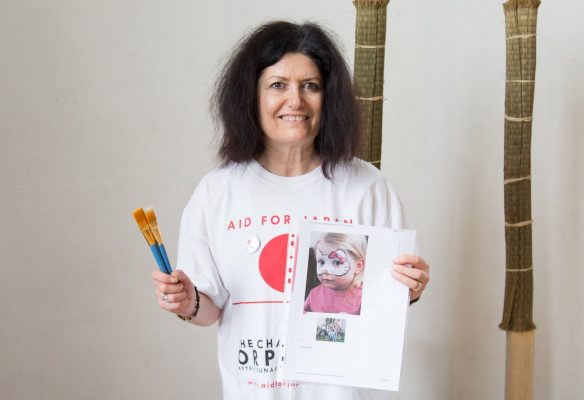 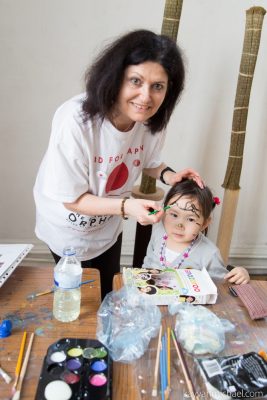 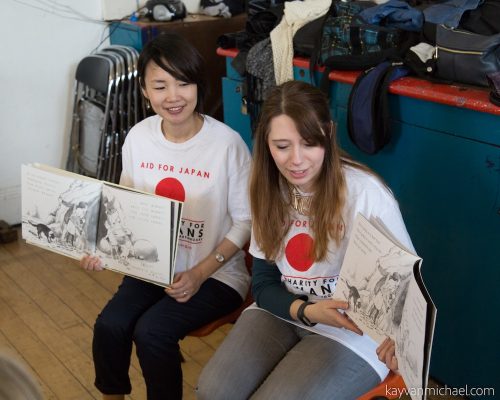 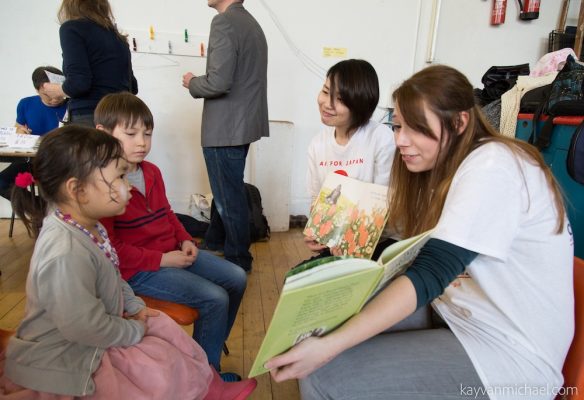 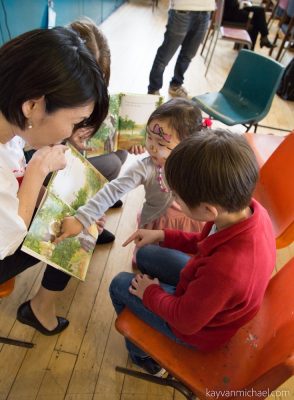 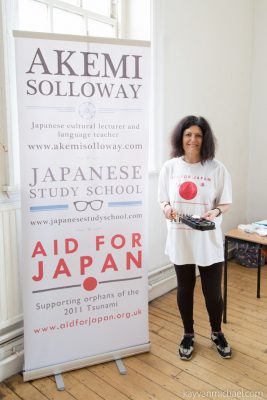 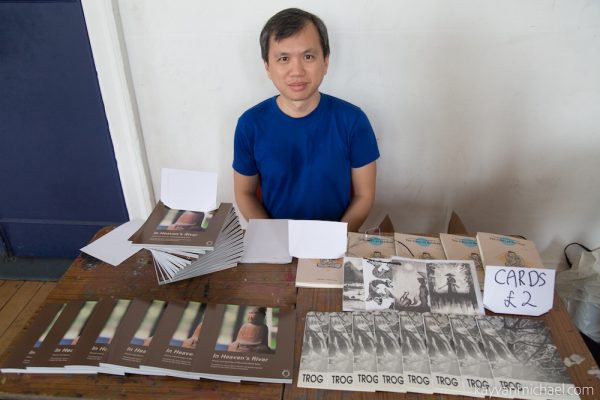 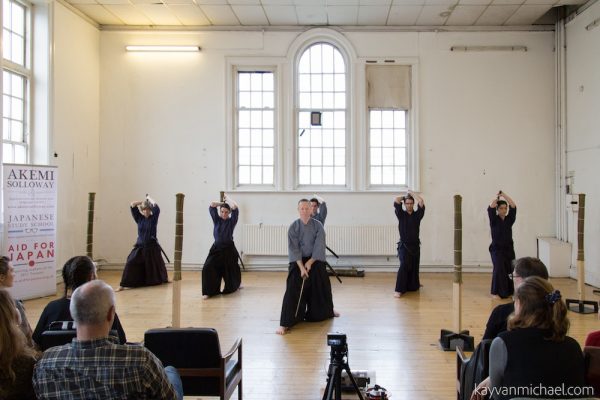 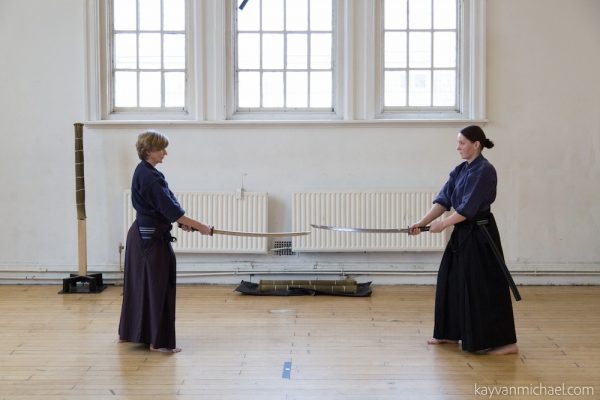 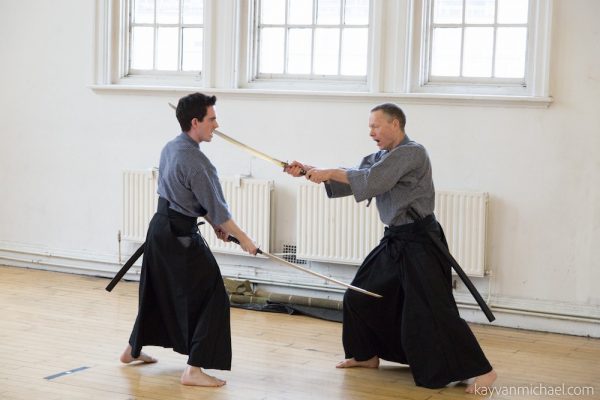 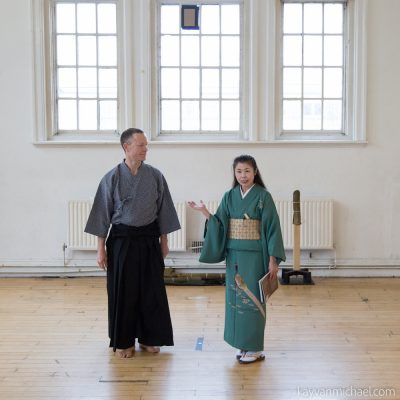 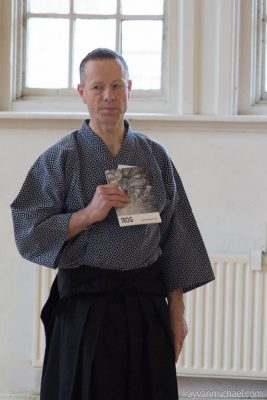 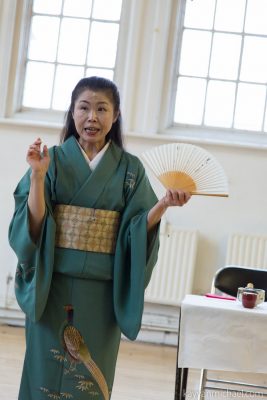 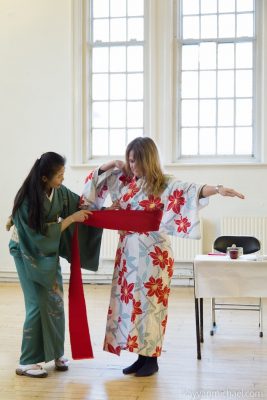 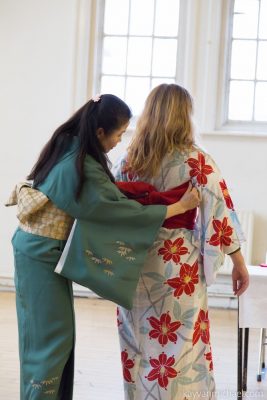 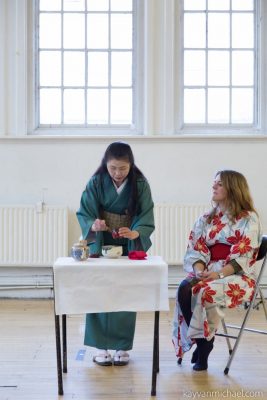 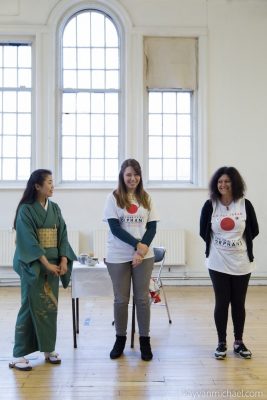 This year saw the 6th Anniversary of the 2011 Japan Earthquake/Tsunami. It provided an opportunity to pause and reflect on the losses that the country had faced, but also the optimism of building for the future.

The day started off with a special seminar conducted by the team at Battodo Fudokan to introduce students to Japanese swordsmanship. Known as battodo, this martial arts system is currently the fastest growing Japanese sword art. Batto means to draw and strike with the sword. Do refers to a path of training aimed at the complete development of the practitioner.

John Evans, who founded the Battodo Fudokan, was the first foreign student to train closely with Nakamura Taisaburo, widely acknowledged as the master of this field. John was on hand with staff from his dojo to take the students through their paces for this 2 hour seminar.

One of Aid For Japan’s regular volunteers, Angela, conducted a facepainting class for the children attending the event. Meanwhile, other charity team members, Isabella and Mona did some reading from picture books for the kids.

As well as working with Fudokan Dojo, John is also an author. He penned the book Kurikara – The Sword and the Serpent and also Trog – a book of poems about shugendo. As part of the day’s event, John explored the ancient tradition of Yamabushi, mountain ascetics. This took the form of the poems of Enku, one of the greatest yamabushi. John read some of these poems to the attendees as well as poems from his own book Trog.

Copies of the books Trog and In Heaven’s River poems and carvings by Enku translated by Julian Daizan Skinner and Sumiko Hayashi were also available for sale. All profits from these sales went to Aid For Japan.

The afternoon saw another demonstration of Japanese sword skills. The performance, again conducted by the students of the Battodo Fudokan dojo, provided a captivating window into the skill and discipline required to work with these classic Japanese weapons.

Menawhile, Aid For Japan founder Akemi Solloway gave a lecture on the role of women in Japanese culture and society. Akemi explained their struggle to attain equality in the corridors of power.

This was followed by a brief demonstration on dressing in the classic Japanese style of the kimono before Akemi took the attendees through the art of the Japanese Tea Ceremony.

There followed a brief report from the Aid for Japan trustees on the charity’s activities throughout 2016-2017 which included a short presentation from Angela and Isabelle.

Finally, Akemi led the room in a two minute silence for the victims of the 2011 Tsunami.

This Anniversary event succeeded in raising over £1,000 for Aid For Japan. Every penny raised is vital for the goals and activities of the charity.

Attendees walked away from the event with perhaps a stronger impression of the impact that the events of 2011 tragedy had resulted in. Even 6 years on, the effect of the earthquake/tsunami still has a profound impact on those that survived the devastation, particularly the orphans who had lost everything – the same orphans that Aid For Japan is doing its best to lend assistance to.

Aid For Japan thanks all those that helped make this event possible: John Evans and the team at Battodo Fudokan, Japan Centre, Kitaya | Wagashi Japanese Bakery, Julian Daizan Skinner, Sumiko Hayashi and also Michael Bazergan for the photography. Aid For Japan also extends its warmest thanks to all the volunteers and helpers who kindly donate their time to the charity.

Aid For Japan founder Akemi Solloway will be a guest at the forthcoming Doki Doki... 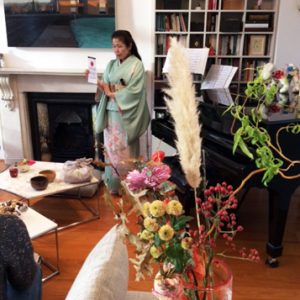 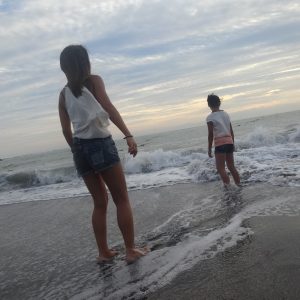 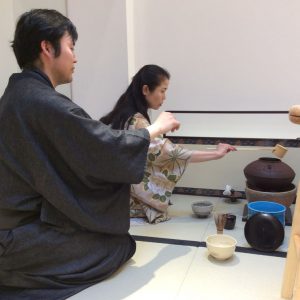 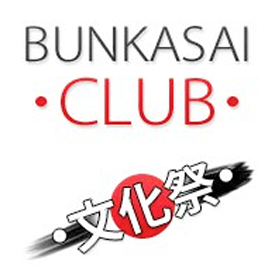 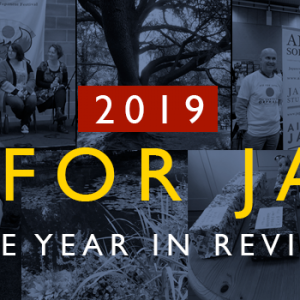